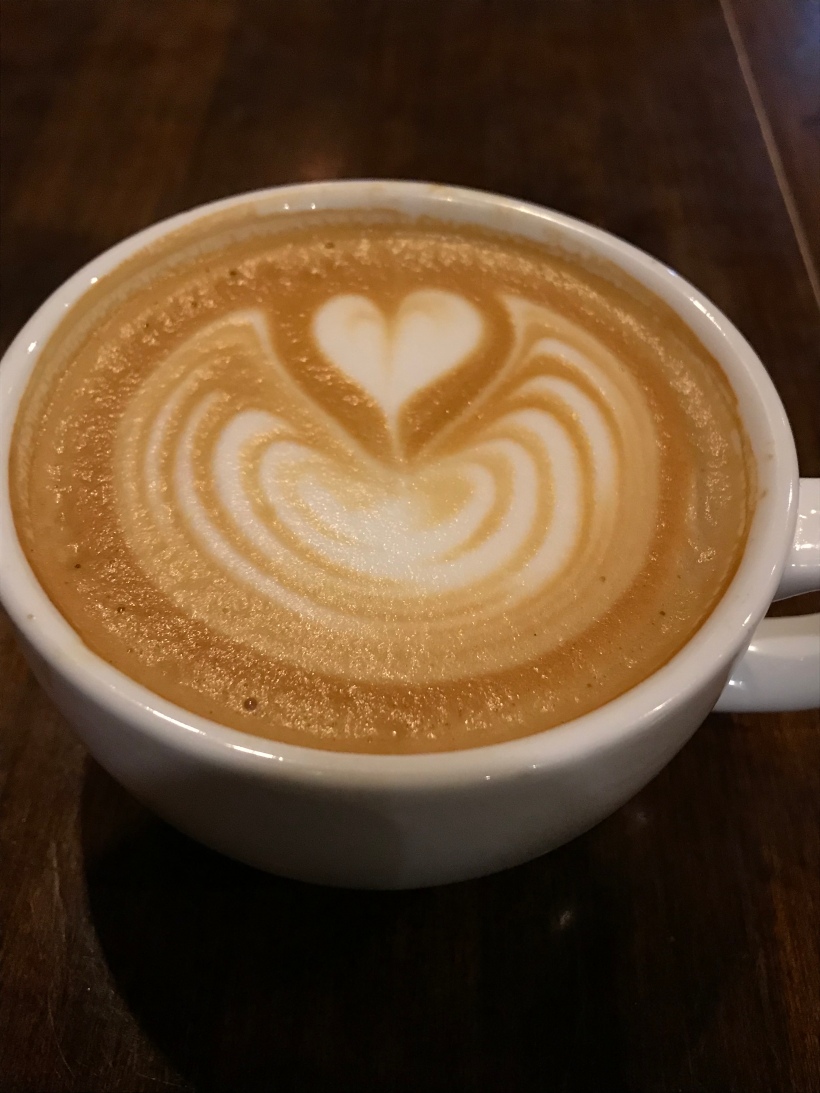 I like bubbly water! Cold, carbonated water is absolutely refreshing to me. I like regular H2O also, because, well, nothing can quite quench your thirst like water can. Oh, and don’t think that I would fail to mention my absolute love for coffee! I generally like my coffee with no cream or sugar but from time to time I like to mix it up and have fun with a healthy flavored creamer or steamed coconut milk.

One might say I have a drinking problem. Now, it isn’t THAT kind of drinking I am referring to so don’t go into a panic. At any given time during the day at work it is common for me to have anywhere from 3-5 drinks going at the same time. I am not sure how I acquired this talent, but I have accepted it and I don’t see me being delivered from it any time soon.

Last week I discussed the importance of allowing yourself to fully feel pain (you can read that here: I Felt That ). To not run from pain or try to cover it up with relationships, work, TV, movies, food etc. but to to allow yourself to feel the pain fully, let it have its work. Pain is an invitation, do you RSVP to it or do you just ignore it and not respond?

After I posted last week something kept coming up inside of me. My thinker was working on overload (no shocker there). I remembered a passage in the Bible that speaks of Jesus being familiar with our pain.

He was despised and rejected by mankind, a man of suffering, and familiar with pain. Like one from whom people hide their faces he was despised, and we held him in low esteem.

Although this did seem to bring some comfort I was still questioning HOW He could be familiar with our pain. Then it hit me, He was crucified.

I began to think about the horrific and bloody crucifixion that Jesus endured. He was beaten and bruised and He wasn’t even recognizable due to His flesh being ripped and His face marred so badly. He definitely felt such excruciating physical pain that day- I can hardly imagine it. But as bad as this display of physical pain was I still was questioning how He could be acquainted with our emotional pain. Then the light bulb went on.

I traveled back to the night before Jesus was crucified and remembered something He said while He was praying in the garden:

I began to wonder what was in this “cup” that He was desperately pleading for His Father to take. What was it that He didn’t want to drink? What didn’t He want to partake of? I mean he was sweating drops of blood the pain and agony He was about to face was so intense. I can recall a couple of times where I was praying so hard that the blood vessels in my face all burst! I mean it wasn’t drops of blood dripping out of my pours but it looked like a million red freckles all over my face. I had fun trying to explain that to my co-workers the next day.

I truly believe in His heart, He knew He would have to drink of this “cup.” He was about to partake of this pain of suffering. I am not a theologian, but I have a tiny hunch that the emotional pain that he felt far outweighed the physical torment and agony.  In that moment, I finally realized that He truly is acquainted with our pain and suffering. Just like me, He asked the question to God, “Ok, I know that I have to go through this but really if there was another way could we opt for that instead?”

I don’t think for one moment that He was asking His Father to let Him skip out on the whole death thing, He knew that is what He was sent to do. All the suffering that He had to do endure taught Him obedience which eventually led to the ultimate obedience, death on a cross.

He chose to drink of this proverbial cup to obey His Father. So, we too must drink from each “cup” that is presented to us in life. There are so many times I want to run from the “cup” or even try to pass the “cup” on to someone else or just ignore it completely.  If I could just share the contents of my cup onto someone else, then I don’t have to bear the burden of suffering alone.

You see what I didn’t see before now was there was something else mixed in that cup. Along with the suffering and the pain, there was love. Love is what led him to the cross and obedience kept Him there as He was clinging for breath.  I think He was perhaps asking the Father if there was some other way to show my love, can we do that? But God had a redemptive plan. He knew love needed to be shown in this way so we could taste of love when we are embracing the pain of life.

It says in the famous love chapter that love suffers long. I think Jesus qualifies for long suffering in love.  He died so we could daily remember to drink of His cup. Yes, there will be suffering and pain in this life, but it is palatable when love is present.

I want my cup to be full of love even when it seems pain, hurt, trials and suffering are getting mixed in. I want the overflow of my cup to be still be rooted in love. I am definitely not perfect in this, but I am learning and growing. It’s a beautiful and sometimes seemingly long journey.

What is in your cup?

What are you offering to others out of your cup?

If you had to drink the cup that you were getting ready to serve someone else, would it tastes sweet or leave a bad taste in your mouth?

That your cup would run over with love daily.

Have a joy-filled day!